We recommend using any of the EX Series switches shown below for use with Juniper access points driven by Mist AI. They meet both the PoE and speed requirements needed for AP deployments, and they support Juniper’s Virtual Chassis. All the features you need to set up interoperability between APs with EX Series switches are available in the following shipping Junos OS Release’s or later.

For suggested versions – always refer to

The minimum supported firmware version for wired assurance is 18.2R3 across platforms

We recommend Juniper EX Series switches for interoperability with Juniper access points driven by Mist AI. These devices support Juniper’s Virtual Chassis, which we discuss later in this NCE, and provide Power over Ethernet (PoE) network interfaces and supply 8, 24, or 48 multigigabit ports that comply with IEEE 802.3af standards (such as delivering a regulated 15.4 watts of power). 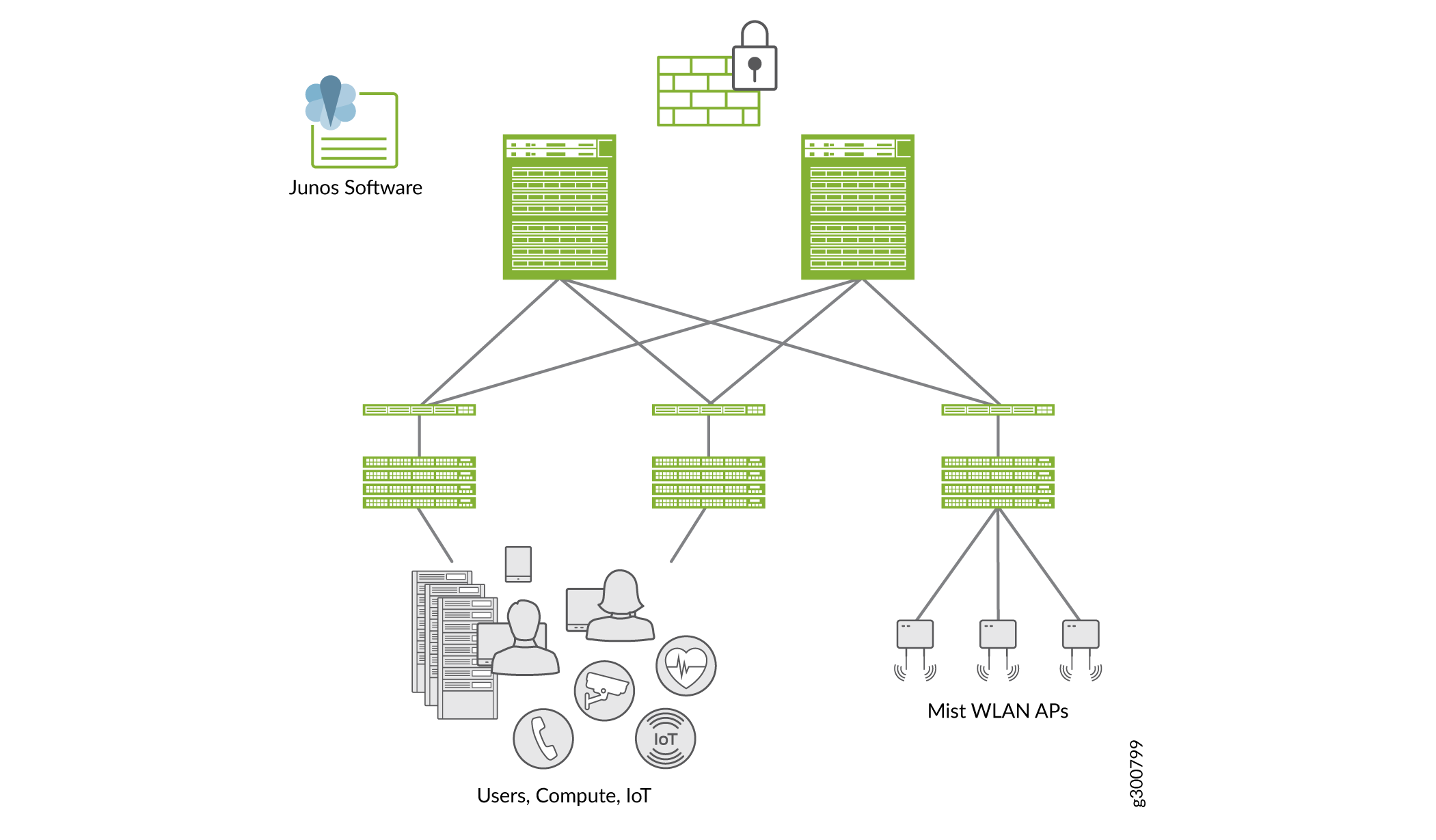 EX Series switches also support PoE+, which extends normal operation to comply with IEEE 802.3at standards. PoE ports are typically used to connect VoIP telephones, wireless access points, video cameras, point-of-sale devices, and other such devices because they safely deliver power from the interface connection over a copper Ethernet LAN cable, and provide the necessary scale.